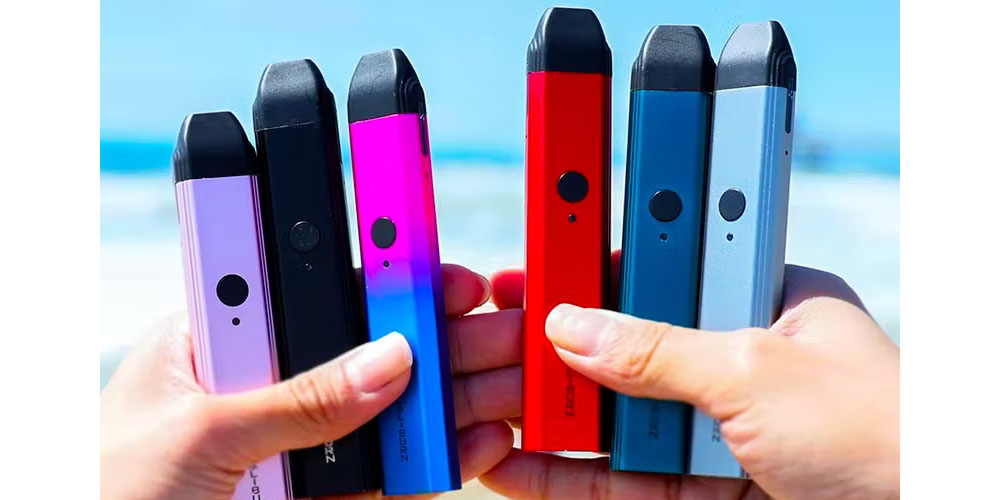 Uwell is one of the most popular vape brands in the market, mainly because of its distinct flavors. Their primary focus and specialty are with flavors, which gives them a unique touch to distinguish them from other vape kit brands. Uwell has approximately ten vape series starter kits, the top-selling and most popular being the Caliburn vape model series.

Their vape models have brilliant designs and outstanding features, making them a top brand most vapers love. The Caliburn series, however, is what Uwell is best known for, as their top starter kits are from the series. Since its first brand release in 2019, it has seen a lot of growth in design and taste.

Below is the evolution of the Caliburn series, with its unique features and functionality levels.

This vape is the first Caliburn model which hit the market in 2019. It has a more traditional organic cotton in the coil that gives an excellent flavor despite being an early release. After its release, it immediately became trendy among vapers and stood out amongst all models released that year.

It is one of the fastest-released products in the market that was in trend during its release. Its drawing design got the company a lot of attention and sales, which is still firm today. The tank has 1.2ohm coils, 11 Watts of power output, and was one of the major breakthroughs in Uwell.

This series is still one of the most popular since they switched up the design to fit trending pods in the market. Some consider it the best vape in the Caliburn Series. It is the first model in Uwell to be laced with the sub-ohm technology with a power wattage of 18W.

This model has a more stylish exterior, which is its most unique feature. It is a subtle improvement to the initial KOKO version, with 1ohm and 0.8ohm coils and a 2ml volume capacity. The Maximum Power output is 18W.

Although it has a simple outer design, A2 is one of the top models in the Caliburn series. It has a fuller and distinct flavor and a draw-activated firing feature. The battery capacity is at 520mAh with a 15W power output.

This model has magnetic cartridges, with the same features as the A2 vape kit. It is, however, designed in a blue square shape, which is significantly bigger than all the other vape kits.

G2 is arguably the highest quality of pods, even beyond the Caliburn series. Its primary distinguishing features are adjustable airflow, vibration interaction, and coil compatibility. The battery capacity is 750mAh with an output power of 18W and interchangeable 0.8 and 1.2ohm coils.

The Uwell Caliburn series is one of the most prominent vape models in the market that are favored by many, if not all, vapers. Although their functionality features are standard to the market, it has a range of flavors with fuller clouds and smoother taste. This element makes them a popular choice for many, in addition to the unique outer designs in some versions. They are an essential vape starter kit all vapers need to have.

How can you adjust garage door springs?

Melamine Board – A Complete Guide

What Are the Different Types Of LED Area...

How To Select Your Beer Can Shaped Glasses

Reasons You Should Wear Wigs

Categories to Consider When Buying Lunch Boxes in...

Things You Should Know About Turkish Teacups